Dance & Art Are for Lovers In Cuba

As we are still in the month of love and friendship, let’s continue to explore what Cuba has to offer for lovers of dance and art! With its diverse cultural blend, Cuba has absorbed and excelled in many types of dance, ranging from flamenco to the celebrated Ballet Nacional de Cuba. A highlight in their history, however, is that Cuba has been widely known as the birthplace of sensual and sassy rhythms like the son, the rumba, and the salsa.

What many may be just becoming familiar with is that Cuban art and its artists are world-renowned. They participate in international festivals where their techniques and their way of expressing their talent in the visual and performing arts set them apart through their blend of aesthetic and culture. Cuba also has two of its main festivals coming up in 2019. One is the International Cuban Dance Festival in April, and the other is the Havana Biennial Art Festival running from April through May. Whether you have a passion for dance or the visual arts, Cuba has something special waiting for you! Let’s explore more together.

Cuba has received the influence of several cultures in its core formation. Its native inhabitants were known to be Amerindian people from the Siboney and Taíno groups, which were prevalent across the Caribbean region. Cuba later received Spaniard influence during the period of colonization, which started with the first known sighting of the island by Columbus in the late 1400s. Then, it also received immigration from African colonies, roots which generated powerful connections to create Spanish, African, Afro-Cuban, and Afro-Caribbean melting pots. Two such areas where this merging of cultures was latent were music and dance. One of the early known developments in Cuban music and dance genres was the birth of the Cuban son. 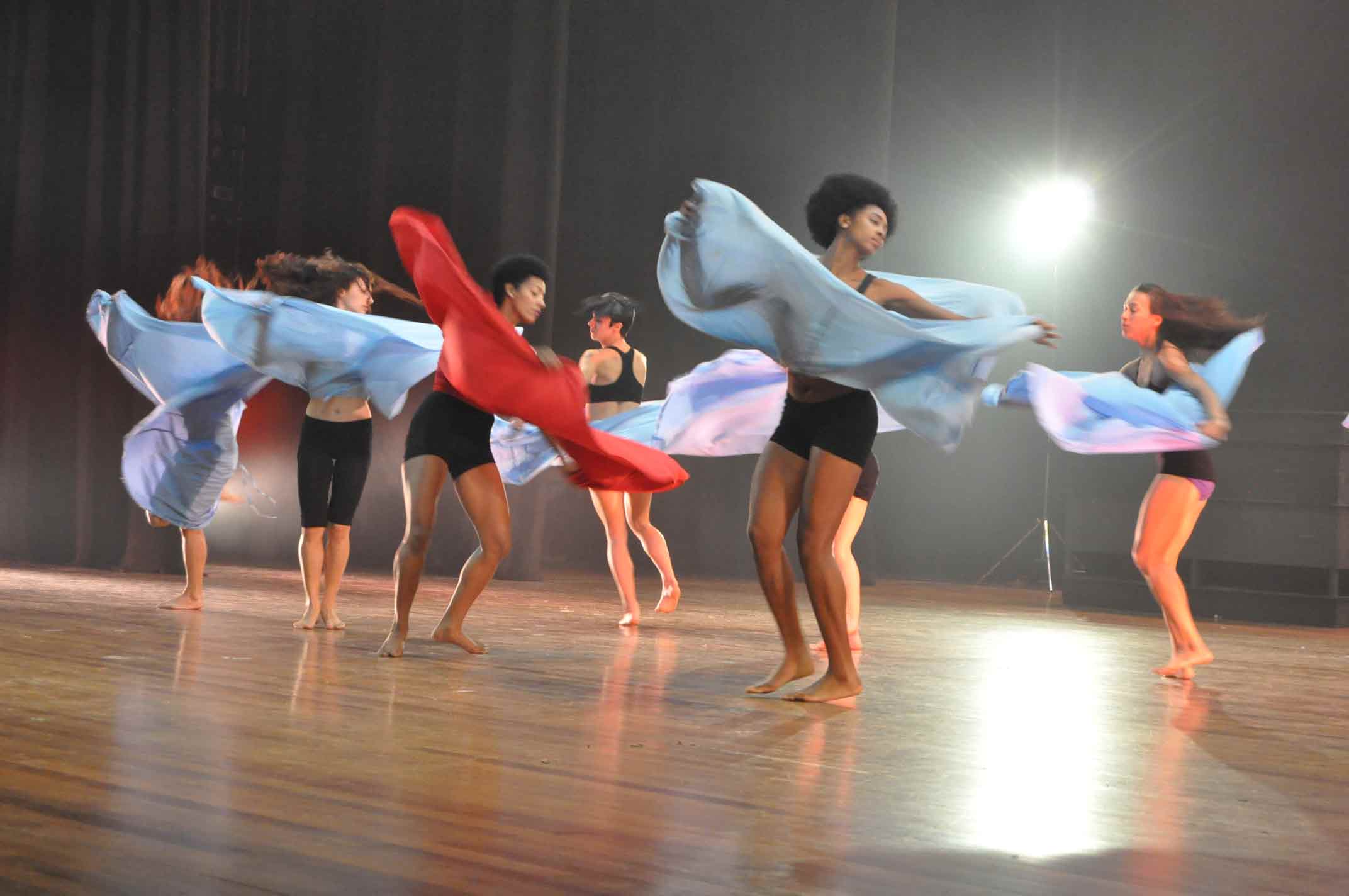 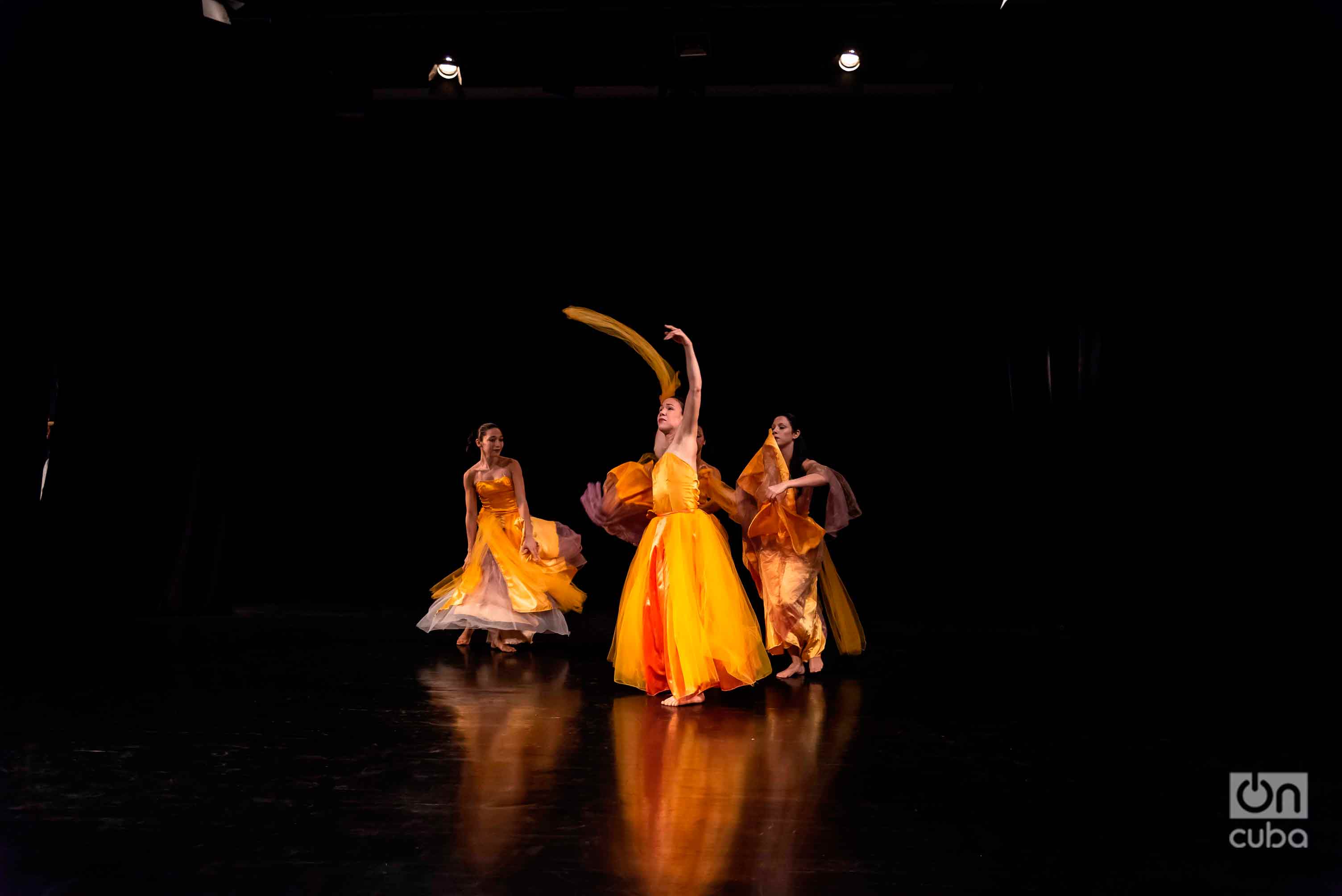 This music and dance genre are said to have originated amongst the people in the Oriente region of Cuba. It was the product of African and Spanish influences on the culture of this rural region, incorporating lyrics in Spanish and the sounds of African drums. As the sound developed, each rhythm was played out combining voices, maracas, bongos, and other instruments. This style of music became very popular during the 1950s through performances called descargas. The rhythms gave way as well to dance. The son is often danced in couples. As it was an earlier form of salsa, it shares the characteristic turns, steps, and coordination of the Cuban Salsa.

Rumba was a term widely used by Cuban to refer to a party. As one would imagine, going to “rumbear” meant going out to party. Later, the term rumba was used to describe various styles of dance, such as the son, the bolero, and others. Although similar movements existed from Spaniard and African cultures, the rumba experienced its growth and apogee in the Island of Cuba. It arrived with the immigration of Spaniard and African cultures to the island and grew in the rural Oriente region in Cuba, similar to the son. Today, this style of song and dance continues to be popular in the music and competitive dance circuits around the world.

Let me start by saying that the word “salsa” translates to sauce. Cuban salsa was the next step in the evolution from the earlier son. Combining a blend of Afro-Cuban dance and rhythms, including the rumba, the salsa rhythm became very popular in Cuba and the world in the 1970s. Similar to the son, instruments employed to create the salsa rhythm include timbales, bongos, cowbells, maracas, guitars, and in more modern times electric guitars. Today we know salsa through very elaborate turns and very coordinated couples. One of the particular combinations in this type of dance, the Rueda de Casino, also became known as Cuban style salsa. This is one of the Cuban dance steps we see today where men and women stand in a circle and turn to dance with different partners from the Rueda. I am not an expert, but I have taken a few classes to get a taste for Cuban salsa. The rhythm is fun and very open to the dancer’s interpretation. Some of the best dancers I have seen pause and flirt with spectators throughout their routines. So how spicy is your sauce? Pick up a spice level or two at the International Cuban Dance Festival.

This sizeable annual festival will be held from April 22nd to April 28th in the city of Havana. It is an ode to dance that brings together top teachers, students, and dance lovers for seven days of
non-stop salsa and other rhythms such as bolero, reggaeton, and cha-cha-cha with parties and other festival-related events. Students flock from all over the world to have the opportunity to train with the best Cuban instructors to develop or perfect their dance skills. This year, the event will be hosted at the famous Meliá Cohiba Hotel, which is located in the upscale district of Vedado in Havana, giving it an exclusive location in a prime area of Havana.

Talent abounds in Havana! There are several options available to explore dance around Cuba, interact with dancers, and watch world-class performances in historic venues. One such option is the Dancing With Habana Compás Dance Company. During this excursion, participants have the opportunity to tour highlights along Old and Modern Havana, Revolution Square, the famous Alicia Alonso Grand Theatre of Havana, and enjoy a performance by the Habana Compás Dance Company. Travelers can also enjoy ensembles at the Tropicana Cabaret where stars like Nat King Cole and Josephine Baker have performed or the Parisienne Cabaret, for a showstopping, Vegas-style performance with lush costumes and daring choreographies. Several options are available to travel to Cuba and make the most out of the visit. As dancing is an expression of art, let’s cross over to the visual art scene in Cuba. 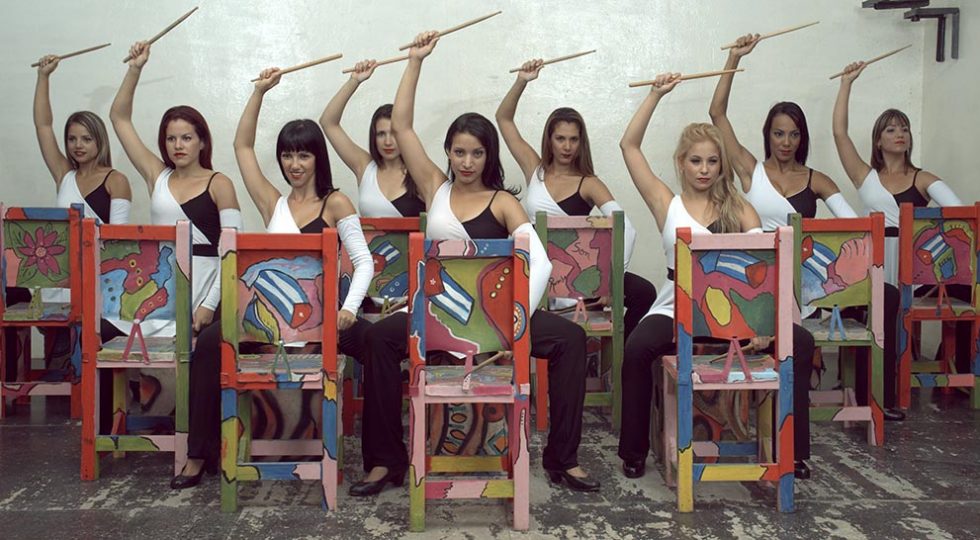 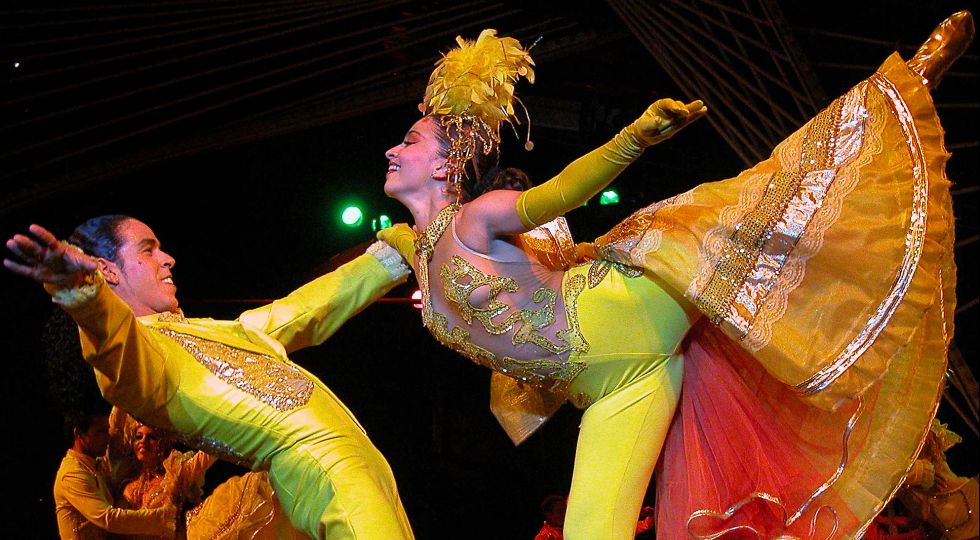 With its origins dating back to colonial times, and from its architecture to its first expressions of art, the art scene in Cuba is bursting with talent. One of the foremost collections of art in Cuba is housed at the National Museum of Fine Arts, with a selection of pieces dating back to the 16th century. Through various periods, Cuban has received influences from the Spaniards, the Moorish, the baroque and neo-classical styles of architecture. In the present day, Cuba is home to various artists, such as the notable Michele Mirabal, Pedro Pablo Oliva, Kcho, and Flora Fong, amongst others who range widely in their technique and their interpretation of art through their personal life experience, lifestyle, and diverse cultural influence.

This year, the Havana Biennial will take place from April 12th to May 12th in the City of Havana. The event, which is a large-scale art gathering welcoming over 200 artists from a plethora of countries and cultures, seeks to present and promote art. It also serves as a platform for emerging and established Cuban artists, who are handpicked to be featured in the festival. It is a phenomenal opportunity for art lovers, career artists, collectors, and gallery owners to explore this art collective, take in the diversity and the value the exhibitors have to offer.

Experience Art & Other Loves in Cuba

Why not experience everything Cuba has to offer during your upcoming visit? The best way to take in art, culture, cuisine and people in Havana is through a curated experience such as those provided by a professional agency like OnCuba Travel. They offer several group programs and excursions that will take you straight to the top artists and collectives from the insider’s local perspective. One of the available group programs is Art At Havana Biennial. The itinerary appeals to all your senses, with activities that include exploring the City of Havana, curated visits to art collectives and home studios, cultural inductions led by expert guides, and to top it all off, culinary feasts with traditional Cuban cuisine for a fully sensorial experience. This program, in particular, is for five days and four nights and truly offers an organized way to take in the art scene on the island.

Shorter excursions are also available, offering experiences such as the Opportunity To Get To Know Michel Mirabal – a renown Cuban visual artist – in his home studio where he hosts guests at Finca Calunga, his studio gallery space, sharing backstage access to his art and his method, concluding with a feast prepared by the artist himself. You may also want to explore the Contemporary Art Tour of Havana, with a visit to the National Museum of Fine Arts and multiple visits to six different artists’ studios, really allowing the experience to give visitors a taste of their expressions of art and how they all come together to create the canvas of the country. There is also the Cuban Rum, Cigars, and Art excursion, for those that want to explore other aspects of the culture through the in-depth and combined knowledge of art, cigars, and rum.

There are many ways to experience this beautiful country and all it has to offer. Dance and art lovers can rejoice in the options available to experience the culture like a local, allowing for a truly immersive experience. A professional agency like OnCuba Travel can help you navigate the best choice for you and your group to travel to Cuba and make the experience easy. Contact them today to get started and learn more about how to travel to Cuba from the US legally.

Join us as we explore the 101 on Cuba. Everything from the highlights of this exotic island, places of interest, destination awards, and interesting statistics that make this an exciting destination to visit! We’ll provide more in-depth insight that our travel partners will appreciate as they invite their groups to the island. We will also cover the application process for a visa and the approved reasons for travel. Don’t miss it as you prepare for your upcoming trip to Cuba