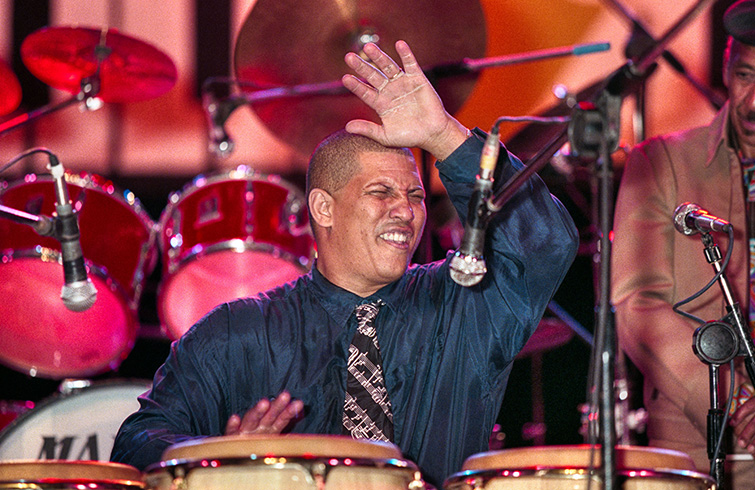 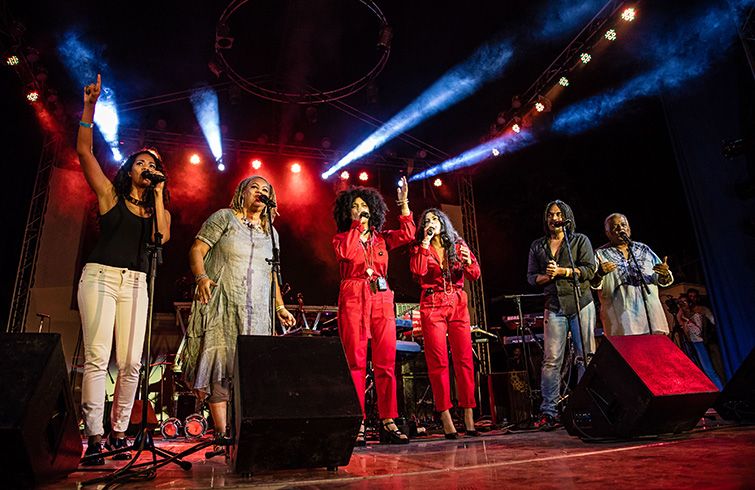 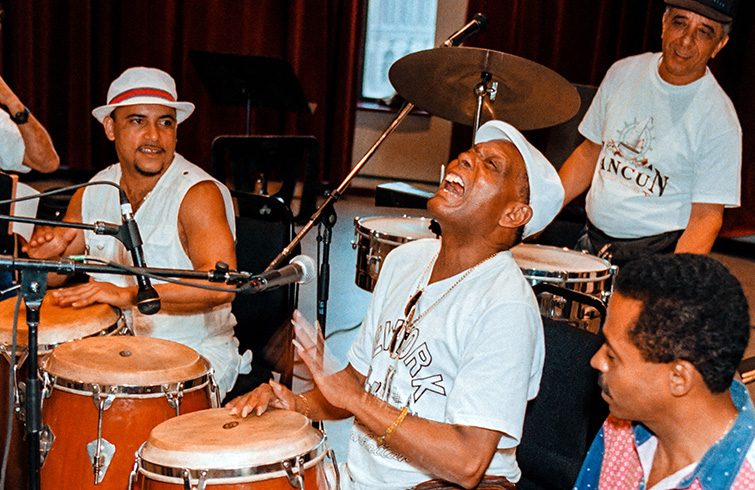 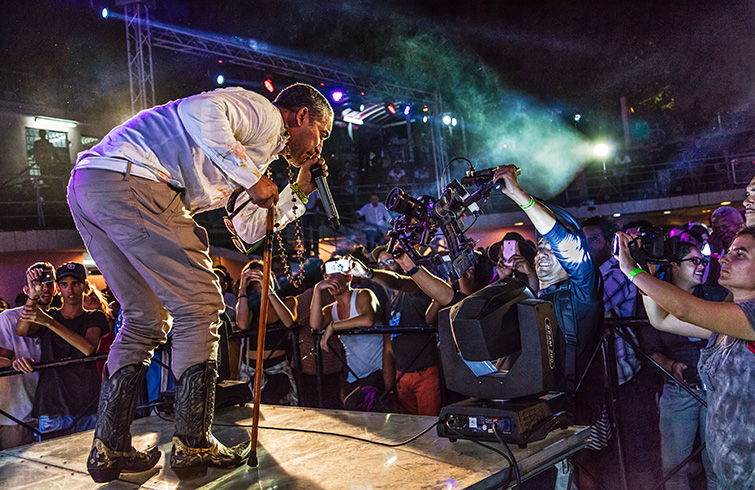 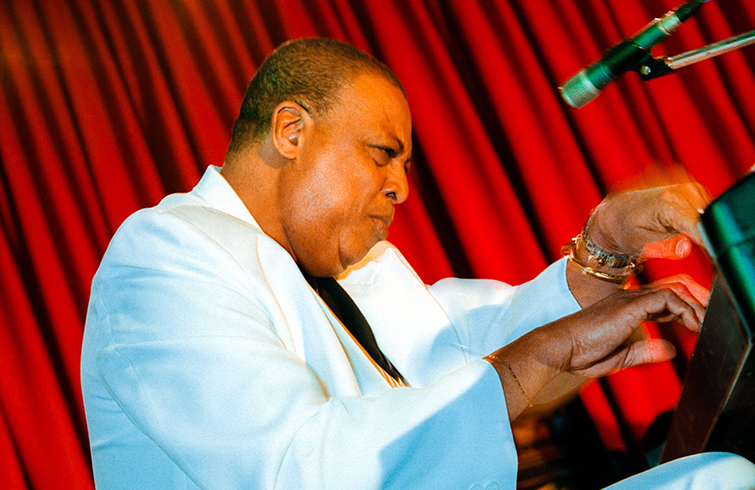 Photographer David Garten entered Cuban music together with Irakere. The first thing Garten heard in the late 1970s, when he was studying at New York University, was the mythical jazz band, and Cuban music became one of his passions. He started traveling to the island since 1994, and has accumulated a valuable register, some of his photos have been published in The New York Times, JazzTimes and OnCuba, as well as in ballet and contemporary dance books.

His photos have been the cover of records for Chucho Valdés (Irakere’s director), Los Van Van and Síntesis. He works in New York for Arturo O’Farrill and his Afro-Latin Jazz Orchestra, he has also illustrated two of the Cuban-American musician’s covers for three Grammy Award winning records.

“Rhythm Under the Skin” shows the Cuban passion for music. Eleven portraits of Cuban musicians playing live which provoke the senses, almost to the point of being able to hear them and feel their passion. 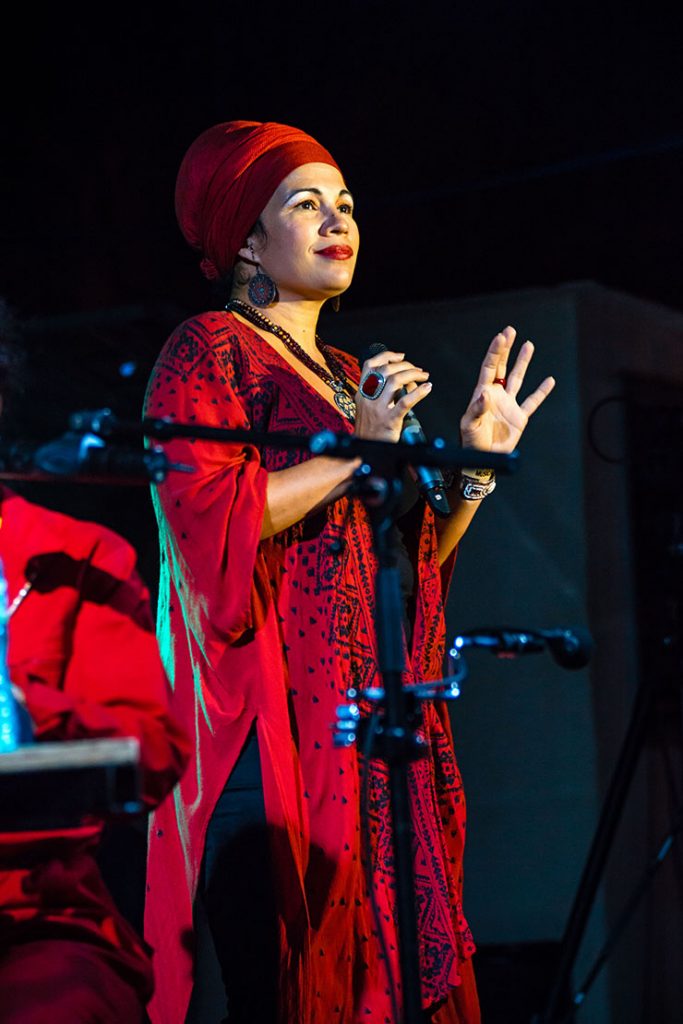 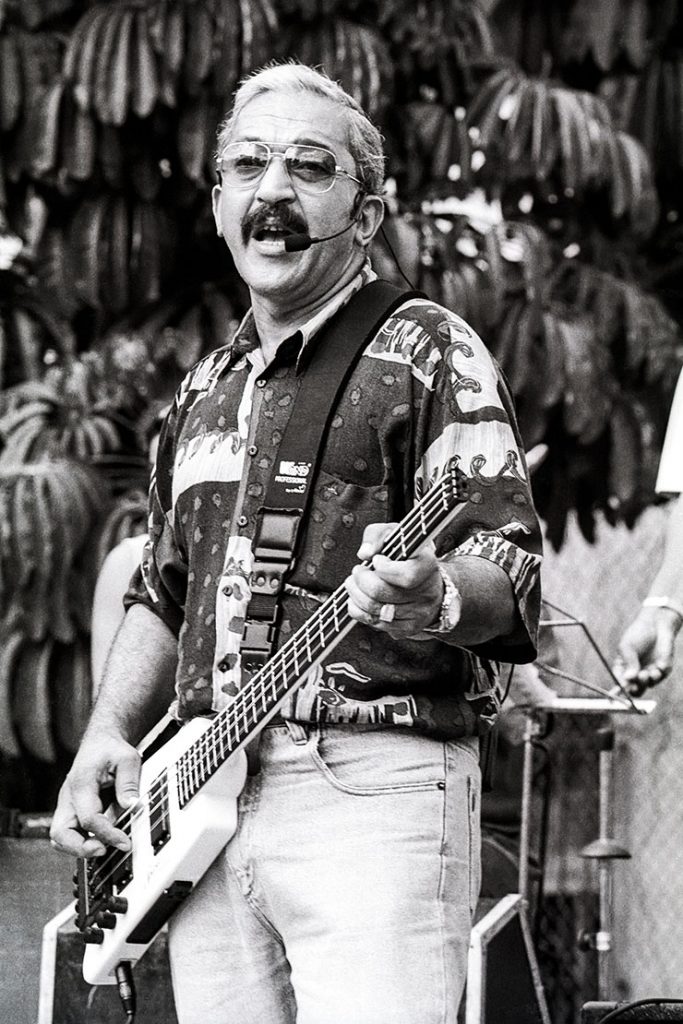 Why do you have a passion for Cuban music?

First you have to start with the rhythm, or the clave, which I believe belongs to the periodic table of elements, or the guaguancó, or the Batá drums, or the timba’s “mechanisms,” they make me feel very alive. Ever since I discovered it 40 years ago while I was at university, I thought that the percussionists deserve the Nobel Peace Prize because they are true pioneers.

Second, I believe that the synthesis of Africa and Spain has resulted in a very powerful hybrid that unites us to our universal roots.

And third, I love the omnipotence of daily live Cuban music, which exhibits a very healthy culture. 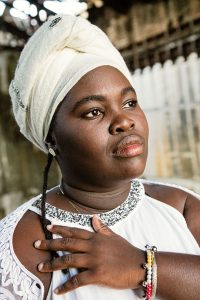 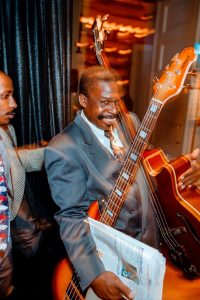 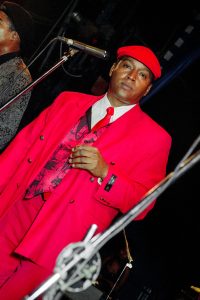 What do you take with you every time you travel to Cuba?

Above all I bring back inspiration. The times I’ve been in Cuba have given me a language, a culture, and people I didn’t have before. I find it is the antidote to many of U.S. society’s problems. If I contribute something, perhaps it is the link I offer between the people of Cuba and the people of my country when I make expositions and give lectures about Cuba in the United States. I try to pass on a present information about our neighbors with whom we lack so much contact.


Travel to Cuba is still legal with OnCuba Travel!