Crossing the Jaimanita bridge a blue marlin wearing a chef’s hat winked at me and I feared that my old desire to eat fish had me hallucinating, but no … On a hipped roof, a marlin seemed to show me the cloudy sky, and that there was no better place to take shelter than this house, that is, the House of Santy.

Blessed be that summer downpour that led me to the door of Santiago Alvarez and his offspring, people with the sea and the “cuisine” flowing through their veins, a fishing family that receives you as one of their own, no more fuss than a comrade takes. They say that the late “Goyo ” Fuentes, the skipper who inspired the Old Man and the Sea, felt so good here that one day came and did not want to leave by car, but climbed in a boat as his Hemingway’s Pilar, to return sailing to Cojimar town.

I pulled a stool in the family pier and ordered a coffee to warm the body and enjoy the rain that pelted – and stirring – the dark waters of the river, with its rustic piers, boats and nets, and even some bow emerging close, as an individual wreck that completed the typically sea picture.

Ana, Sara, Atlántico, Orca, Apolo, Solé, Tamy, Yahima, El Relámpago, La Gaviota, Martha… I sensed the universe of stories to tell after each ship’s name, in case some barges can be considered as such, although no doubt, they have dignity and dawns at the high sea to spare, like the one named Viking, for example.

It’s part of sea seasoning that accompanies the food Santy prepares in his blue plank house, which evokes inside the corridors of a ship, with private rooms used as cabins, or vice versa … Nautical charts, Kcho paintings, sextants and even some turtle heads adorn this restaurant whose specialty is … what the visitor wants. Never mind. If the chef does not know it, he will find out, but almost always he knows…

“From childhood I always enjoyed cooking,” Santiago tells me; he has light eyes, and a baseball cap, although the sport does not really worry him too much: he prefers hunting and fishing, those excite him to the indescribable. He was born in Havana’s Baracoa, into a family of fishermen who taught him early on the rigors of the sea and the right time to determine when the beans were raedy. He can do a little of everything in life and has been many things, but his passion for cooking has been stronger

“As a child I learned to cook Creole food for the fisherman, different from what farmers eat , with fish , lobsters , octopus … Over the years I got to know the Mediterranean cuisine and now we have developed some Japanese specialties , especially the sushi ,” he says between puffs of smoke. He likes smoking and thinking. He no longer rises early to go fishing; now he meets the rising sun immersed in projects and dreams that he likes to cook sitting in front of a TV that runs just for the sake of it.

Thanks to those dreams he has reopened Santy’s house, a very popular paladar (Cuban private restaurant)a decade ago and he is back on track, involving family and friends. With new dishes but the same affability in service, the House of Santy boasts cooking not what the chef thinks best, but what the customer prefers.

In that spirit and the belief that competition is an incentive to be better, Santiago navigates without fear in the busy waters of Cuba’s economic opening, where it seems everyone wants to open a paladar. Like the old sea dogs, Santy knows he is capable of getting, and taking you, to safe harbor. 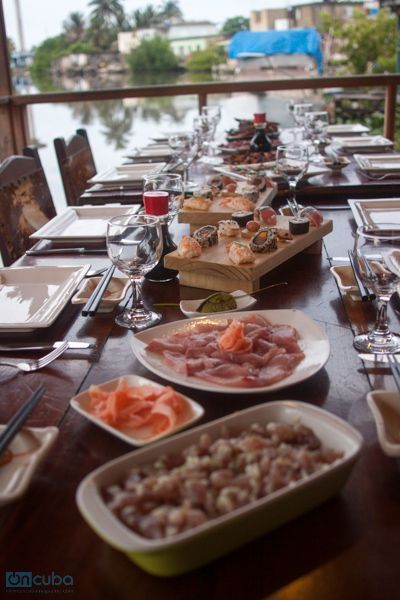 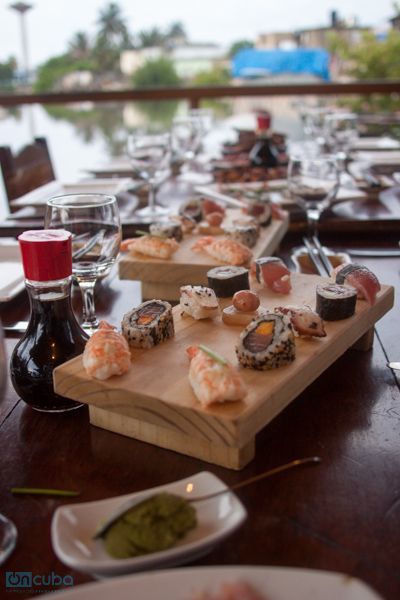 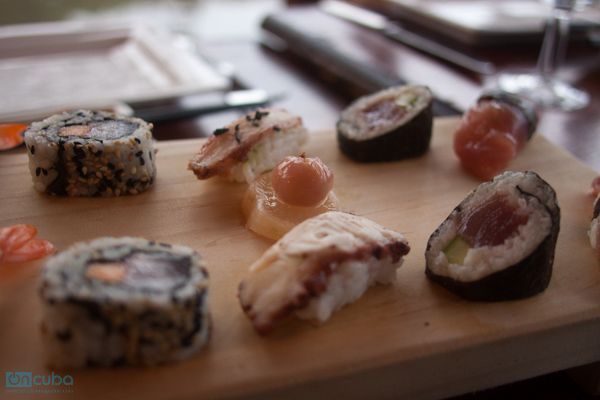 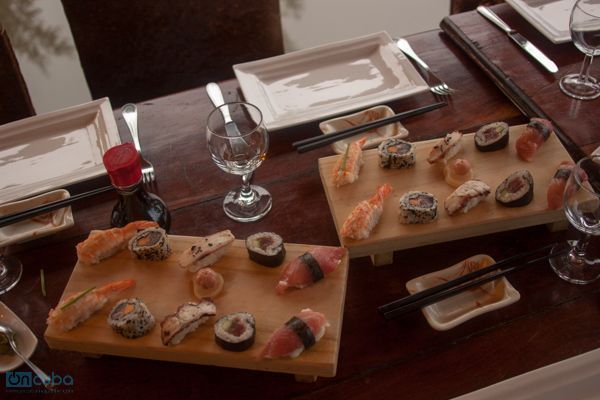 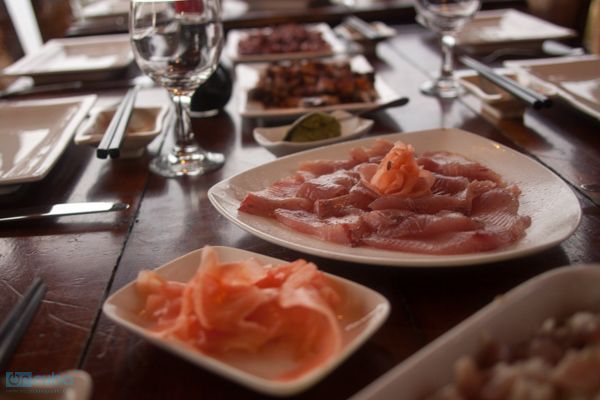 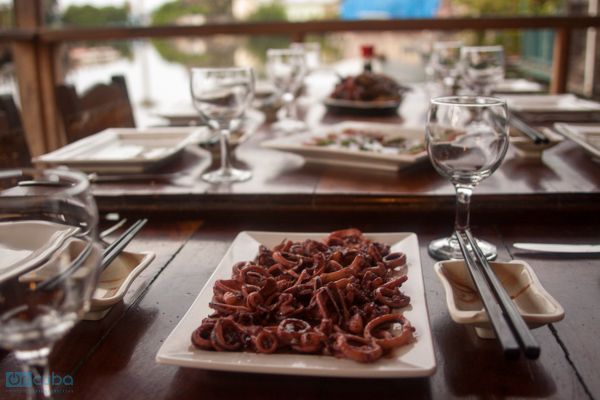 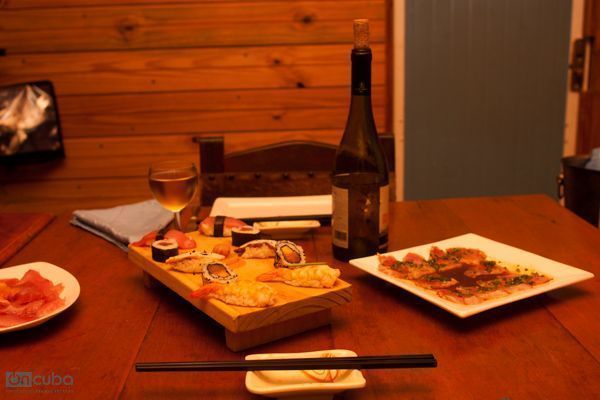 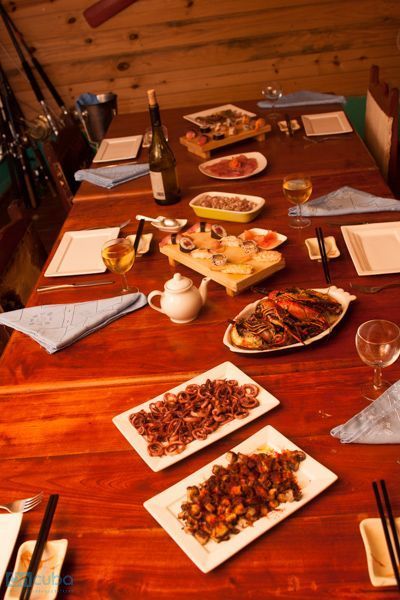 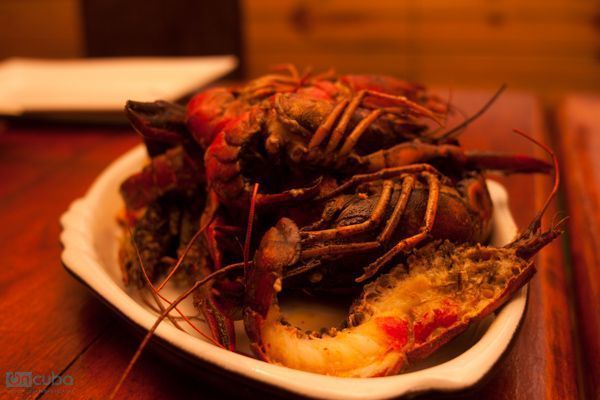 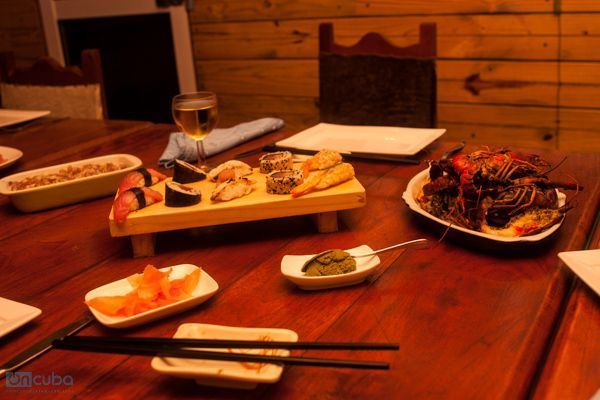