Visiting Cuba is a game-changer. Being able to meet locals, learning about the country’s history, and seeing everything in the flesh is very different from hearing or reading about it. Even video does not do the Island justice. There is so much to learn that it is wise to prepare ahead of time to have knowledge of some essential facts before traveling to Cuba. In this blog, we will cover two important distinctions, Casas Particulares as a hotel alternative and Paladares as a restaurant alternative. You will hear these come up a lot in preparation for your trip to Cuba and during the trip.

Many are familiar with the concept of the Casa Particular or Private Home. It is similar to the available Bed & Breakfast rentals we can access through apps and websites in the United States. I stayed in two Casas Particulares during my trip to Cuba. One was in the district of Miramar and the other in the district of Vedado. Just as in many areas in the US, Casas Particulares need to be registered to be considered legal. You may be asked for your ID and travel information for their records.

The first Casa where I stayed was in Miramar, which is one of the central districts in Havana. I had a late arrival, but the owner still stayed up to meet me, show me around the house, and then to my room. The house was converted from a single-family home to include separate spaces for travelers. The room had a queen size bed, space to hang clothes, a couch, and a TV. The room was also conveniently air-conditioned and very comfortable. I also had a key to the room and felt very secure.

The Casa Particular in Miramar was more like an efficiency than a room. It was equipped with a full and private bathroom, toiletries like soap and amenities like towels, hair dryer, and an iron. I am sure other items were available upon request. The room also had a kitchen area with a refrigerator. The refrigerator was stocked with juices, sodas, water, and other local refreshments. A bottle of water and a juice carton were included with the room. Others could be purchased for a fee. The kitchen also had a sink, plenty of counter space, a tea kettle, and a stove. Plates, cutlery, and glasses were also available.

After a restful night of sleep, I looked forward to the breakfast that was included with the room. Boy was I surprised. It was a feast! This particular Casa had set aside for me a table with a window view, eggs prepared to my taste, a ham and cheese platter, warm milk, cocoa powder, warm bread with jam and butter, freshly brewed coffee, and even a tuna and cucumber dish. My favorite part was the cut fruit platter, which included papaya, pineapple, and guava. It was delightful.

The owner was very accommodating the two nights I was there. She also worked with my schedule for late arrival, early pickup, and breakfast times at my convenience. I would stay there again in a heartbeat.

The second Casa Particular where I stayed for about five nights was in Vedado. The apartment was adjusted to accommodate travelers. I could tell by the floor where walls used to stand but had been torn down to allow for a more open feel and closet space. The apartment had a double door in addition to the lock in the main entrance to the building.

Since I had my pick, I selected the larger of three bedrooms. The apartment had a central AC unit, but the room had its own as well. It also had a very comfortable queen bed. The bathroom was very ample and was nicely decorated with a black/white art deco motif. It also had toiletries like soap and toilet paper available. In addition to that, the bathroom had plenty of towels, a floor mat, a good shower head, and quality fixtures.

The apartment had a quaint little terrace, a large flatscreen TV, and a sound system in the living/dining area. One of the other perks of this unit was the use of a prepaid phone during the stay. The person in charge was lovely. I talked to her quite a bit about life in Cuba, history, food, down to what I should wear to the places in my itinerary. She went above and beyond even bringing me ice cream and offering to wash a dress for me. 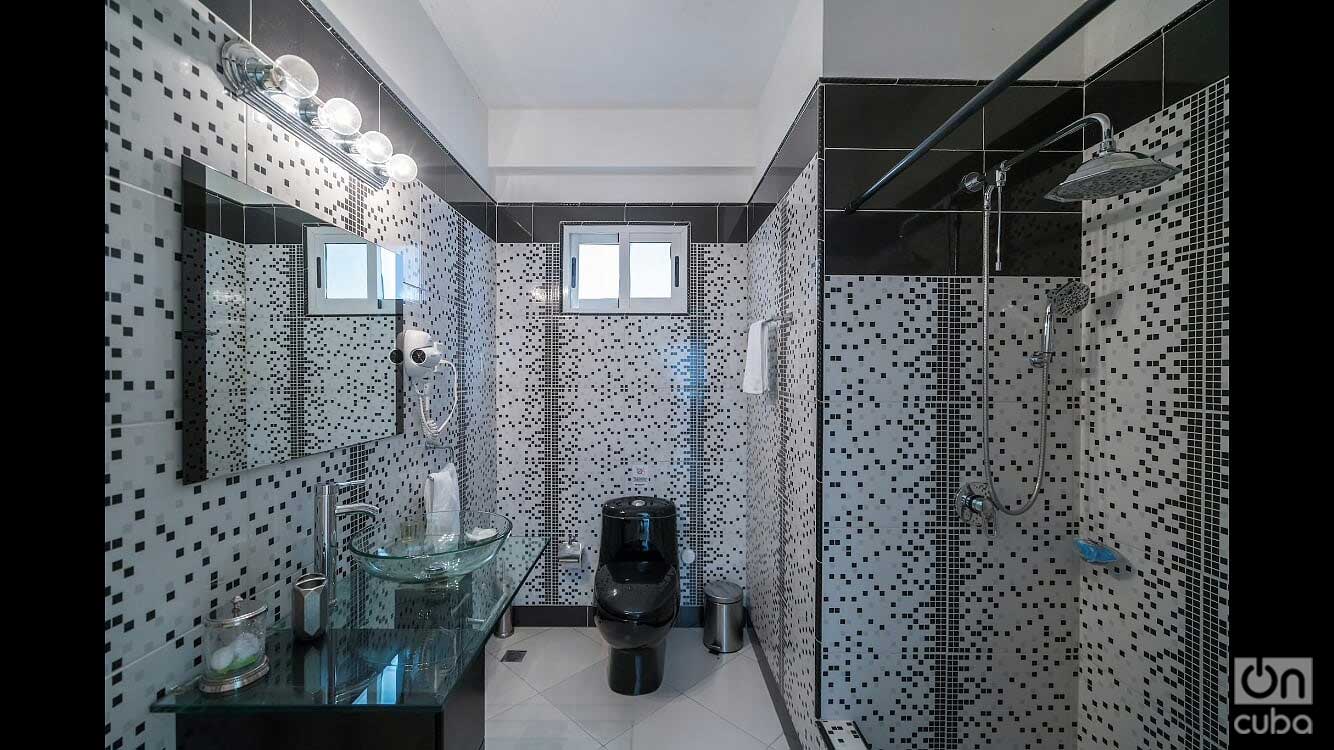 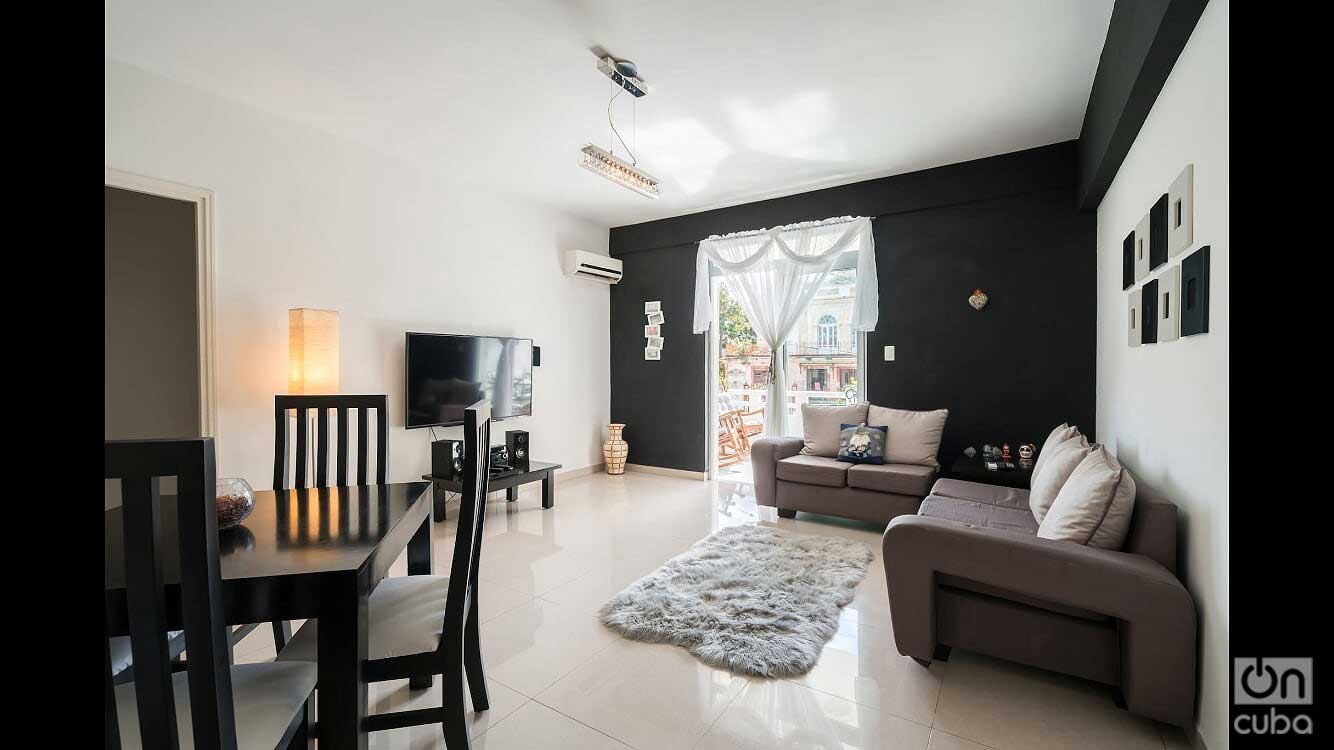 The breakfast in this Casa was also excellent. It too had a large platter of cut fruit, freshly brewed coffee and warm milk on the side, a tea option with hot water, eggs prepared my way, and warm bread rolls. Everything was nicely presented and was made to meet my requests. I really felt like I was in my home away from home.

Overall, I had a great experience with the Casas Particulares OnCuba Travel selected for me. Everything was taken care of from beginning to end. The Agency also made sure I had all the information I could need. They sent me a program with pictures, contact information, check-in and check-out times, a listing of amenities for each Casa, and of course arranged for breakfast every morning. I did not have to worry about anything, for which I was extremely grateful, being a foreigner during my first visit to Havana.

Cuba is known for its delicious cuisine which combines Caribbean, Spanish, and African influence. Travelers can enjoy Cuban cuisine in one of two ways. One is through restaurants, which are mostly state-owned. The other is through an alternative called the Paladar. Paladares are eateries owned by private individuals and entrepreneurs. Most importantly, by eating in a Paladar, you are contributing and supporting Cuban people and the local economy.

During a recent trip to Cuba, I had the pleasure of trying several Paladares. I will share my experience with two of my favorites. I will start with one of the more traditional ones, which is Doña Eutimia at the Plaza de La Catedral in Havana. If it were not for the many people sitting inside and around it would seem like a family-style restaurant, a bit bigger than a hole in the wall. People were sitting together snuggly, but I quickly understood why.

From the moment we entered, we were greeted right away by our server, a dashing young man with beautiful eyelashes. He proceeded to explain to us our preset menu which included some of the more traditional Cuban dishes. We had a welcome drink, a grand Cuban Mojito. It was followed by the most flavorful Ropa Vieja I had during the entire trip. The meat was nicely shredded, seasoned, and juicy. We also had fried malanga bites, which were wonderfully crispy on the outside and soft on the inside. Our dessert was a traditional Flan, like a custard, which was amazingly soft and drizzled with a sweet caramel sauce. 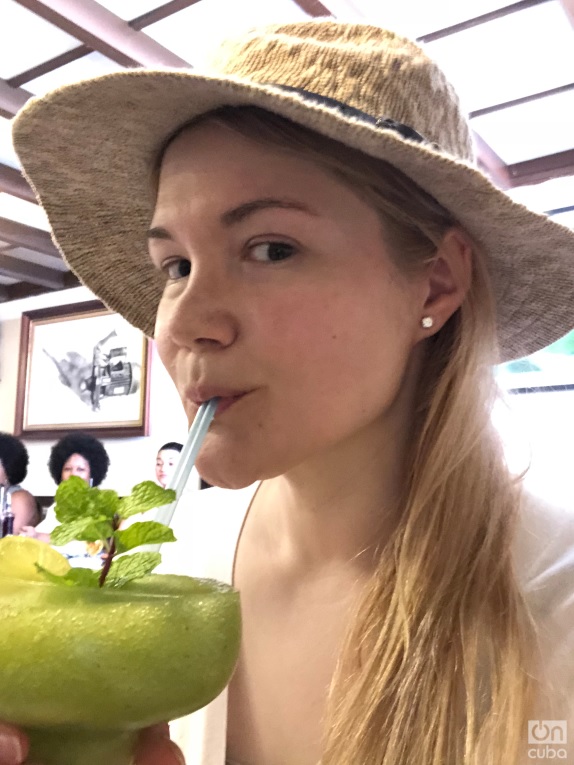 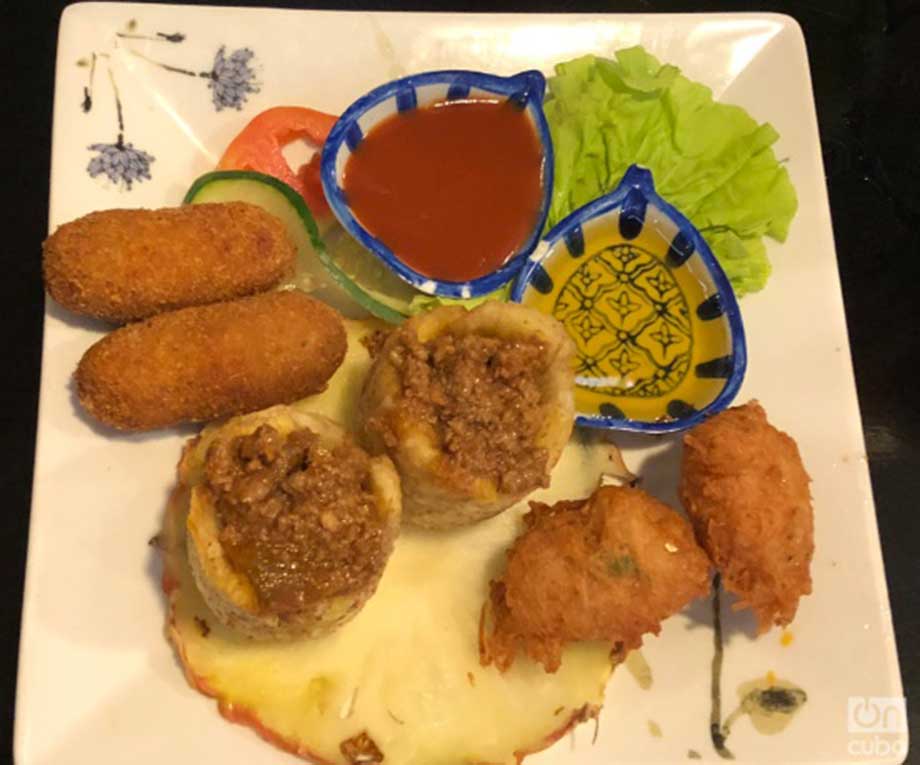 I was lucky to have this restaurant as part of the itinerary prepared by OnCuba Travel. I would have really regretted missing this gem. The cherry on top? I had moved away for a second to speak to one of the tour guides. Our waiter realized my coffee was getting cold. He not only brewed me a fresh cup of coffee but brought it to the new table where I was. Incredible flavors and fantastic service. Doña Eutimia is definitely high on my list of restaurant recommendations.

The second Paladar I will mention, although entirely different, is El Cocinero. It is located just around the corner from the Fábrica de Arte Cubano (FAC), a happening art and club space in Havana. We arrived close to sunset, just in time to make our way up the winding staircase to the open rooftop. Then, there was another staircase that led to a high communal table and on the horizon the most beautiful skyline and magnificent sunset I have seen in a long time. We were covered in shades of red, orange, and a fainting glow of sunlight. It only lasted for a few moments, but this particular memory still remains fresh in my mind.

What stood out to me the most was that this Paladar was not on the traditional side. The ambiance was chic, modern, eclectic, fashionable and worldly. The color palette of greens and golds added an air of vintage, but wonderfully balanced with modern iron pieces, glass, and lighting elements.

The menu included ingredients that were traditional but combining flavors with others that would likely not be found together every day. Amongst the standouts was the appetizer I selected from the preset menu, the Tambor de Boniato. It was spicy crab layered with a sweet potato pudding to resemble a drum shape, finished with some mozzarella cheese shavings on top and a pesto aioli drizzle. The other stand out was definitely Tarta de Chocolate – Chocolate Tarte dessert. The chocolate is like a ganache in texture and just melts in your mouth.

Imagine that out of my eight days and seven nights in Cuba this only covers but a sliver of the experiences and places we went to during our trip. None of this would have been possible without the support and program planning services provided by the team at OnCuba Travel. They go above and beyond making sure every detail is taken care of for their groups.

Nowadays, there are many options available to plan travel to Cuba, but it is never the same as working with a professional travel agency such as OnCuba Travel. They are very familiar with the destination, make recommendations based on interests, and have already developed a series of group programs and day excursions with diverse itineraries and interests in mind.

Contact OnCuba Travel to get started with your travel plans today. They can assist you with everything from visas to travel to Cuba legally from the United States to itinerary planning and transfers for you or your group. OnCuba Travel also works with travel professionals to facilitate group travel to Cuba.