With the charm of the 1950s, and like something out of a gangster flick, the Hotel Capri rises up as one of Havana’s most emblematic hotels. Now remodeled, it is once again arrayed in its finest.

Its construction is said to have been financed by the Mafia in the United States, and that its inauguration, on Nov. 27, 1957, was attended by Santos Trafficante himself. What is definitely true is that hotel was designed by architect Jaime Canavés, and according to historian Ciro Bianchi: “The Mafia leased its luxurious casino for $25,000 annually, and in turn financed what soon became one of the most famous nightclubs in Havana at that time.”

But this story began a little bit earlier, when in 1955, former President Fulgencio Batista passed the Law on Hotels 2070. That legislation, which began to benefit notorious gangsters of the era, provided tax incentives, government loans, and casino licenses to anybody who wanted to build a hotel worth more than $1 million in Havana.

Capitalizing on that law, hotels that sprang up included the Habana Hilton (today the Habana Libre), Habana Riviera, Saint John and the Capri, which takes its name from the Italian island in the Tyrrhenian Sea, south of the Gulf of Naples.

The Capri opened with 200 rooms at a total cost of $5.5 million pesos, equivalent to dollars. One of its attractions is a swimming pool on the 18th floor with a view of Havana’s seaside highway, the Malecón, the Morro fortress, and part of the city. It was the set for scenes from the Carol Reed Film “Our Man in Havana” and Mikhail Kalatazov’s “Soy Cuba.”

Right from the start, the Capri became a fashionable place to stay and was always filled to capacity. Its guests included quite a few millionaires who did not mind losing a few grand on the roulette wheel or cards. George Raft, the well-known African-American actor, acted as host, drawing visitors to the hotel’s casino and nightclub.

Over more than 50 years, the club has hosted many celebrated figures of Cuban entertainment, including the debut of Juana Bacallao, Omara Portuondo, Moraima Secada, Elena Burque, Clara y Mario, Tito Gómez, Enrique Jorrín, and many others.

With its decades of history and after having been shut down for more than 10 years, the Capri is now opening up to the future. 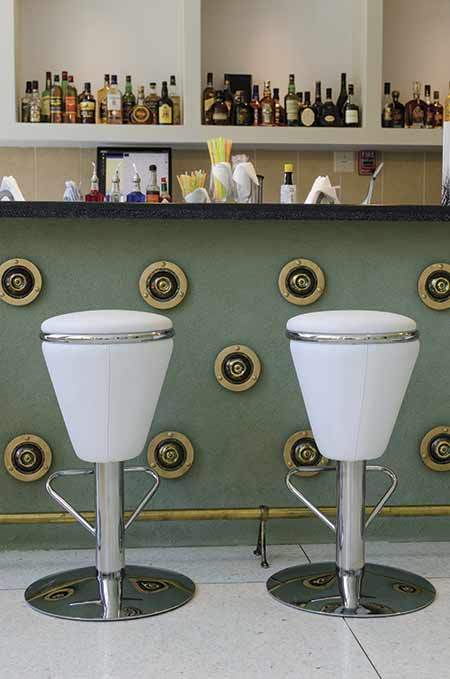 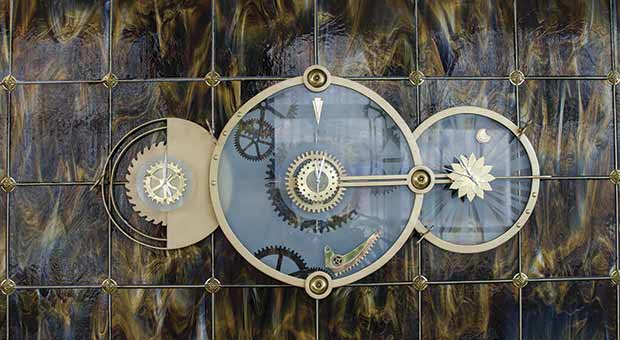 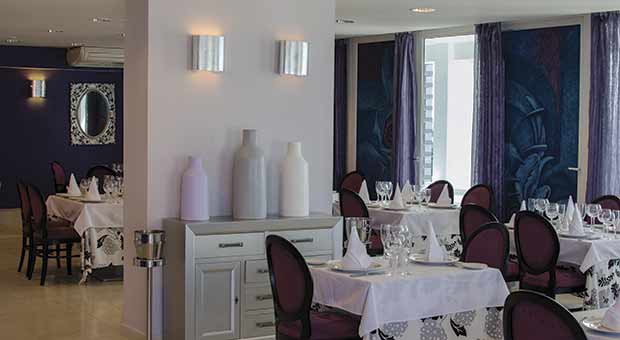 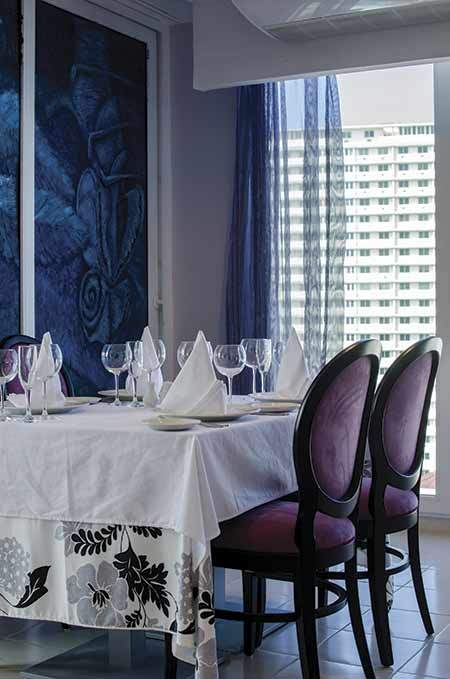 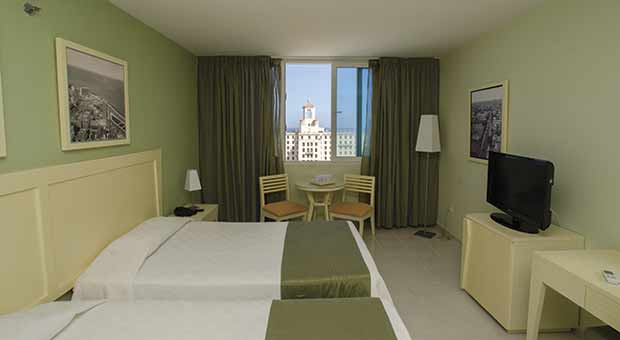